SHOW UP FOR EACH OTHER 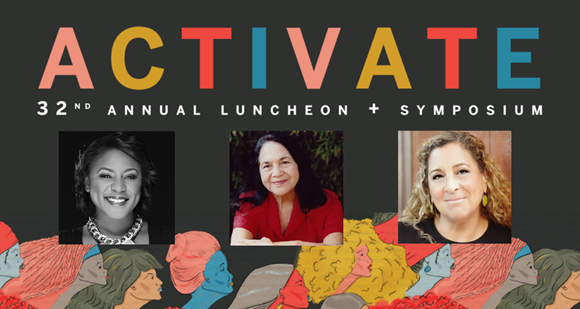 What would you sacrifice in the pursuit of justice? We often think about sacrifice in terms of time, energy or money. On August 12, Heather Heyer made the ultimate sacrifice while standing up for justice and against hate and bigotry in Charlottesville, Virginia. A white woman, Heather attended the counterprotest as an act of solidarity to stand against racism and white supremacy. Heather knew that although she might not be personally affected, she had a responsibility to her community to show up.

Showing up for each other is critical to developing strong coalitions and inclusive movements. At CFW’s Beyond the Bridge event last week, panelists discussed the critical role trust and relationships play in organizing and coalition building. By bringing people together to share their stories and experiences, coalition members develop personal relationships and “a real belief that we’re not just here to win a campaign together, but that we love each and are here to fight for each other, and that our struggles are genuinely connected,” said panelist Jenny Arwade, Co-Executive Director of Communities United.

When we show up for each other, we not only learn about different issues and communities, we strengthen our relationships. This bond is what sustains movements, from building power to negotiating policy wins. Those we show up for will show up for us.

No one knows this better than Rebecca Sive, author of Every Day is Election Day: A Woman’s Guide to Winning Any Office, from the PTA to the White House. “Nothing carries more weight than showing up,” Rebecca writes. And you cannot just show up for people that look like you. She continues: “The lines you will need to cross to build your movement may be racial or professional or social…You’ll need to build a big and diverse base, and then keep adding to it.”

Rebecca knows what it means to build a movement. A leader in Chicago’s early women’s movement, she founded one of the region’s first women’s centers, worked on the campaign to ratify the Equal Rights Amendment in Illinois, and was a founding board member of Chicago Foundation for Women. Rebecca continues to work to advance women’s public leadership as a lecturer at the University of Chicago Harris School of Public Policy and as a public speaker.

Rebecca’s experience organizing and advocating for women at the local and national level, and her work encouraging women to take the leap to become leaders themselves, makes her the perfect choice to facilitate the conversation between Dolores Huerta and Alicia Garza at CFW’s 32nd Annual Luncheon on October 19. Rebecca brings with her a lifetime of knowledge and expertise, an enduring commitment to women’s equity, and a deep love for Chicago.

We are excited for her to add her voice and insights to the conversation. We hope you’ll join us.

Did you hear the luncheon is well over halfway to selling out? Secure your spot today: www.cfw.org/luncheon 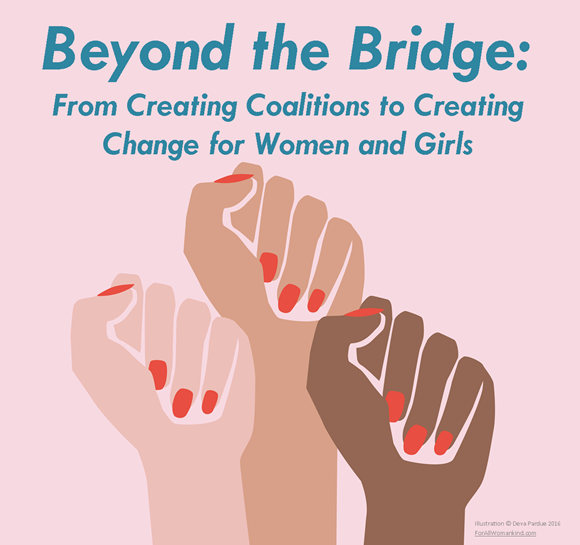 In her August blog post, CFW President/CEO K. Sujata wrote about how these local coalitions offer hope and inspiration in the face of divisive movements and rhetoric on the national level. 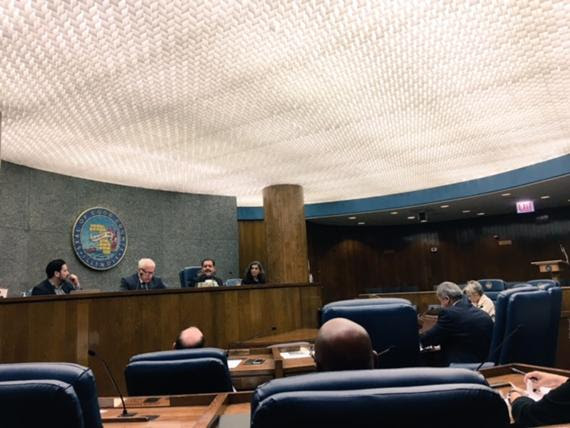 CFW, Voices for Illinois Children and Loyola University’s Center for Urban Learning and Research testified before the Cook County Commission on Social Innovation regarding the findings of the “Damage Done” report released by CFW and its partners this summer. The testimony covered the lasting effects of the budget impasse on women and families, including the continued delay of payments to social service providers, and how Cook County can take action to support stable services for women and girls. You can read CFW’s testimony here. 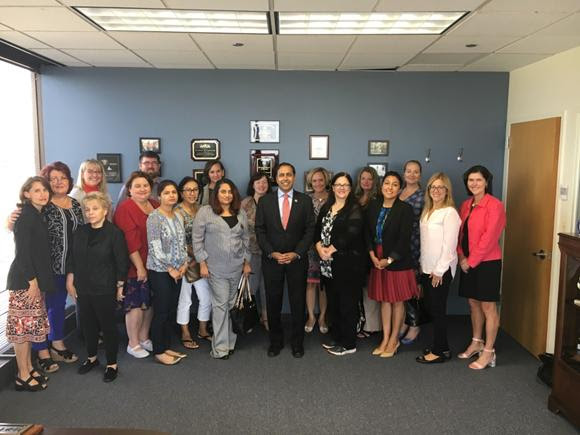 On August 15, CFW joined Illinois Congressman Raja Krishnamoorthi (D-IL) and local advocates for women’s health and safety, including Planned Parenthood of Illinois, WINGS and Apna Ghar, for a briefing on Women’s Health and Policy Leadership.

Watch DOLORES: The Movie, with CFW 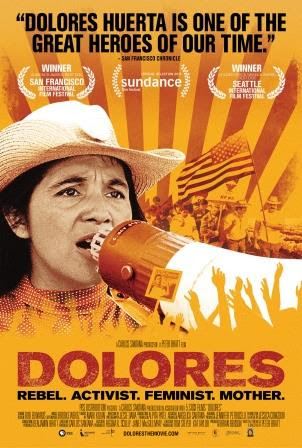 CFW is proud to partner with the Gene Siskel Film Center for the September 22-28 run of DOLORES, including the Film Center’s Movie Club screening on Wednesday September 27. The film offers a fresh look at the life of “one of the most important yet least known activists in American history,” Dolores Huerta. CFW is excited to welcome Dolores as one of the keynote speakers at the 32nd Annual Luncheon on October 19. This new documentary shines a light on her work as an activist and feminist, advocating for Latinos, migrant workers, immigrants and women.

September 27, join us for an audience discussion after the film, facilitated by Analia Rodriguez of Latino Union. 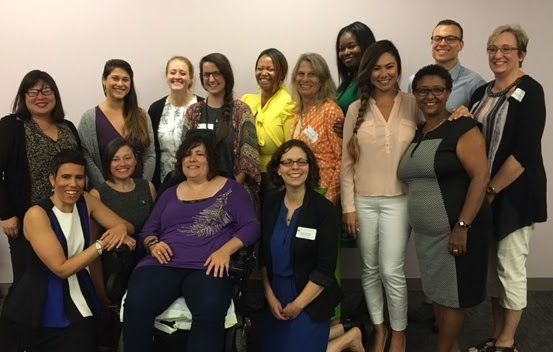 Congratulations to the latest cohort of Advocacy Academy graduates! Thanks to lead funding from The Coca-Cola Foundation and the Polk Bros. Foundation, as well as additional support from American Express and The Conant Family Foundation, the Advocacy Academy trains leaders in nonprofit organizations that serve women and girls in the essential knowledge and skills required to effectively engage in the public policy debate. Over the course of six months, Advocacy Academy participants wrote Op-Eds and letters to the editor, received training in effective messaging and social media use, and heard from experts on the Illinois state budget.

Before officially graduating from the program, participants listened to Josina Morita of the Metropolitan Water Reclamation District share her experience as a woman of color in politics and the first Asian American elected to Cook County office, and how the MWRD is working to involve communities in making environmental conservation more accessible and equitable. 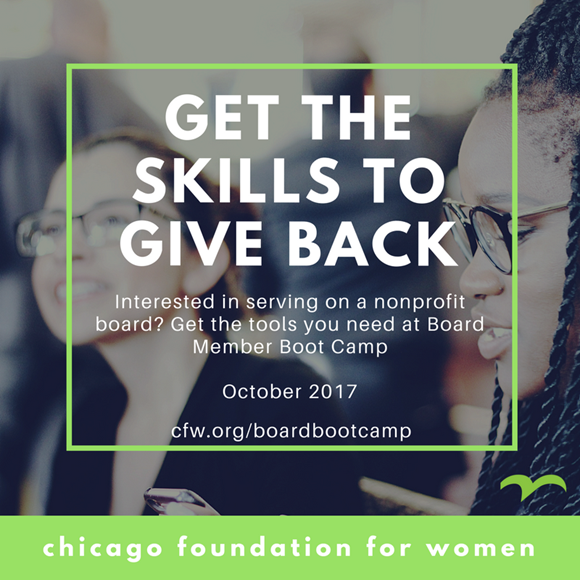 Interested in serving on a nonprofit board, but not sure where to start? Board Boot Camp is a comprehensive, interactive, two-and-a-half day training in topics such as board roles and responsibilities, nonprofit financials, and fundraising basics. Board Boot Camp participants will learn about board service through a gender and racial equity lens, and have the opportunity to connect with local organizations. Learn more, including how to apply, here. 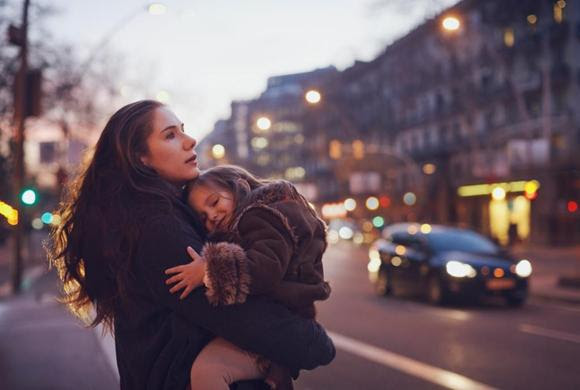 Even with a state budget now in place, social service providers throughout the state are still waiting on the funding they need to keep their doors open. With the “Damage Done” report, CFW, Voices for Illinois Children and CURL made the case that local nonprofits, and the women and children they serve, remain trapped by uncertainty.

CFW Director of Programs Alysia Tate spoke with Chicago Tonight on the goal of the report: “We hope this will motivate both our political leaders and residents across the state to insure that our state’s budgets and financial plan actually reflects what we value in the state,” Tate said.

Illinois Issues drew upon the report for an in-depth look at the impact of the budget impasse on child poverty, speaking with CFW President/CEO K. Sujata about the consequences of the impasse on organizations serving women and children.

You can read the full report here.

Affirmative action is “one of our nation’s most comprehensive efforts to dismantle systematic, historic and ongoing discrimination,” and a necessary part of achieving equity for black women and girls, writes CFW Director of Programs Alysia Tate in a recent Chicago Sun-Times Op-Ed. “When one group’s educational and economic life improves, we all benefit. Let’s reject the false narrative that pits any group against another.” 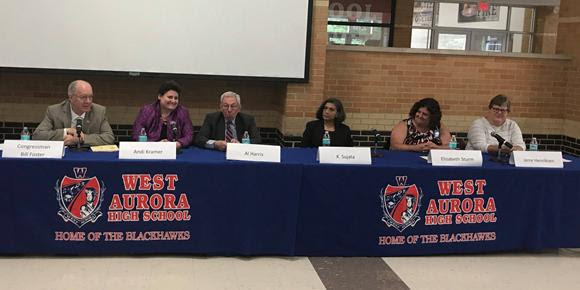 On August 3, Illinois Congressman Bill Foster (D-Naperville) hosted a community forum focused on ending gender bias and achieving gender equity. Panelists included CFW President/CEO K. Sujata, and attorney, author and former CFW Board Chair Andie Kramer. The panelists discussed the impact of gender bias in the workplace, from the wage gap to fewer women in leadership. You can watch a recording of the panel here. 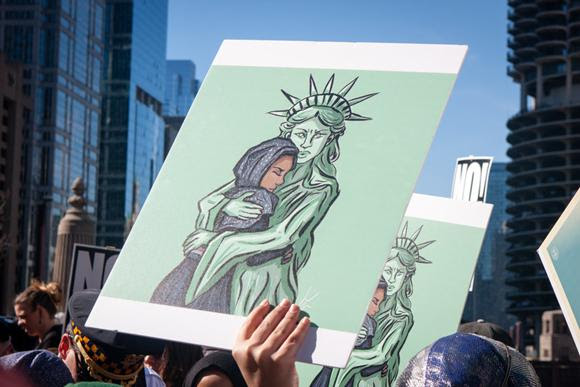 Inside Philanthropy reports on growing foundation support for immigration issues, from national funders such as The MacArthur Foundation to regional funders like Chicago Foundation for Women.

CFW grantee the National Asian Pacific American Women’s Forum (NAPAWF) and State Representative Theresa Mah, the first Asian American to serve in the Illinois House of Representatives, wrote a Letter to the Editor of the Chicago Sun-Times, urging Governor Rauner to protect women’s reproductive health in Illinois by signing House Bill 40. They wrote:

“When abortion is pushed out of reach or pregnancy is criminalized, [Asian-American and Pacific Islander] women are disproportionately harmed. One need only consider the heartbreaking prosecutions of Purvi Patel and Bei Bei Shuai to see how Asian-American and immigrant women are targeted. Moreover, several states have targeted AAPI women for racist abortion bans, as seen recently in Arkansas. We will not be silent as restrictions on abortion are used to deny care to our community.”

Out Now: She Cast Podcast 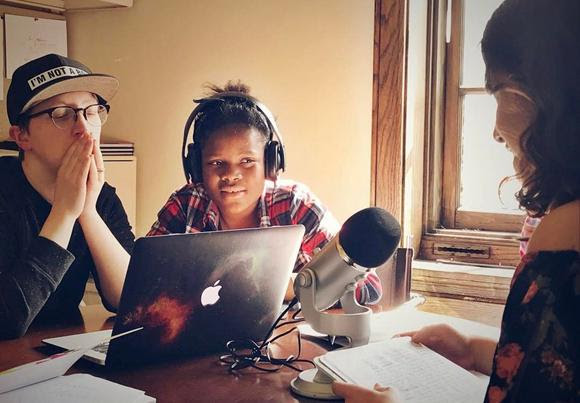 She Cast, “an intersectional feminist podcast made for young people by young people,” is now available for streaming online! She Cast, a project of {she crew}, was funded as part of The 100 Day Fund at CFW, and empowers girls to use their voices to speak out about issues that directly affect them, while gaining skills through the production of their own podcast. 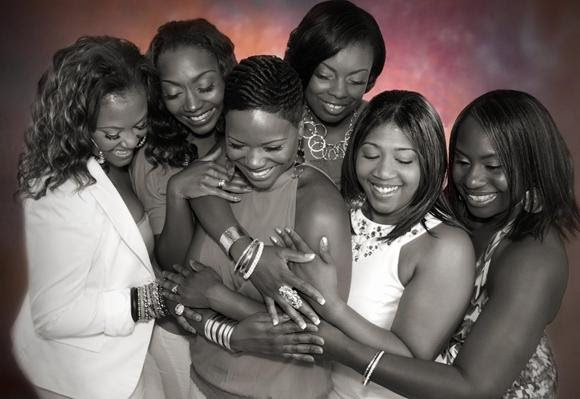 Good news from Chicago Tonight and the Metropolitan Chicago Breast Cancer Task Force: Thanks to the efforts of the MCBCTF, Chicago is leading the country in reducing breast cancer deaths among black women. In 2003, a black woman in Chicago diagnosed with breast cancer was 68% more likely to die from the disease, compared to white women. Since 2006, that disparity has decreased by almost 30 percentage points.

“Chicago’s collaborative efforts have shown that health disparities are not inevitable,” Anne Marie Murphy, executive director of the task force said. “They are not immutable. They can be overcome and health equity can be achieved.” 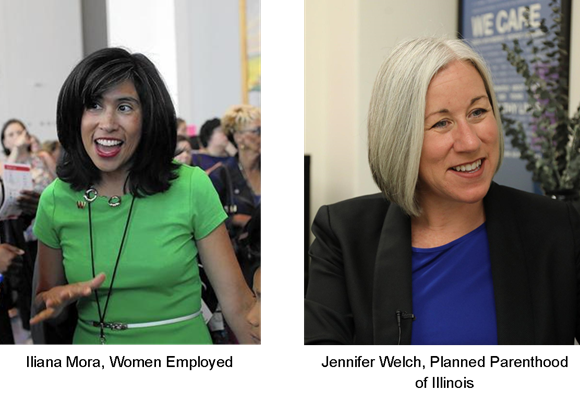 The Chicago Tribune sat down with Iliana Mora, new president and CEO of Women Employed, and Jennifer Welch, who took on the role of CEO of Planned Parenthood of Illinois this spring, to talk about their advocacy on issues like paid leave and access to reproductive healthcare.

On August 25, Governor Rauner vetoed legislation that would have ended the practice of employers asking for job candidates’ salary history. The legislation, modeled after similar policies in New York City and Massachusets, would require employers to set pay based on skills and job requirements rather than a candidate’s previous salary. According to the American Association of University Women, the wage gap starts early, with women college graduates earning 6.6 percent less in their first job compared with male peers.

Thank you to all the organizations and advocates that worked on this bill, and continue to fight for women in the workplace.

A new report by the Center for Reproductive Rights finds that a majority of Americans support protecting women’s access to reproductive healthcare, including abortion care. Nearly 70% support keeping abortion safe and legal, and approximately two-thirds believe that care should be available near their community. 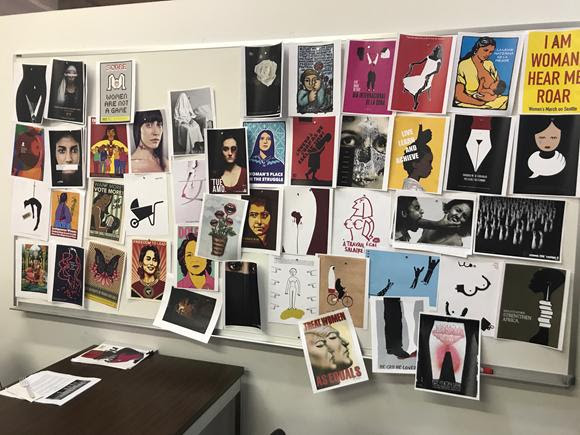 Presented by the National Public Housing Museum and Art Works Projects, and co-sponsored by CFW, ‘Women’s Rights Are Human Rights: International Posters on Gender-based Inequality,Violence and Discrimination,’ features over 60 posters, and guest feminist reflections by Nadine Naber, Lynette Jackson, Charlene Caruthers and Bernardine Dohrn. The posters argue for the empowerment of women, the elimination of discrimination against women and girls, and the achievement of equality between women and men.

Looking for ways to stay involved after the 32nd Annual Luncheon on October 19? Join Off the Sidelines for a free, half-day Young Feminist Conference, Saturday, October 21. The conference will feature panel discussions and break-out sessions aimed at empowering young women (14 years and up) to get SMART, VOCAL, and ACTIVE on the issues that matter most to them. Feminists of all ages are welcome and encouraged to attend! 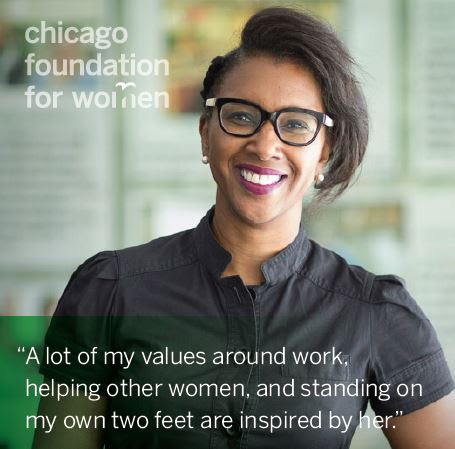 Nicole Robinson honored her family’s history and her grandmother’s legacy by starting the Lueavery Partee Fund at CFW. There are many ways to leave your legacy at Chicago Foundation for Women. To learn more about planned giving visit www.cfw.org/plannedgiving or contact Katy Thomas at 312.577.2836 or kthomas@cfw.org.